I have been a mummy for 6 whole years! On one hand I can’t believe that to be true, on the other I can’t remember the time before!

So on the eve of this 6 year anniversary of bringing our oldest son into the world, a chance to capture our beautiful blue eyed boy in words… 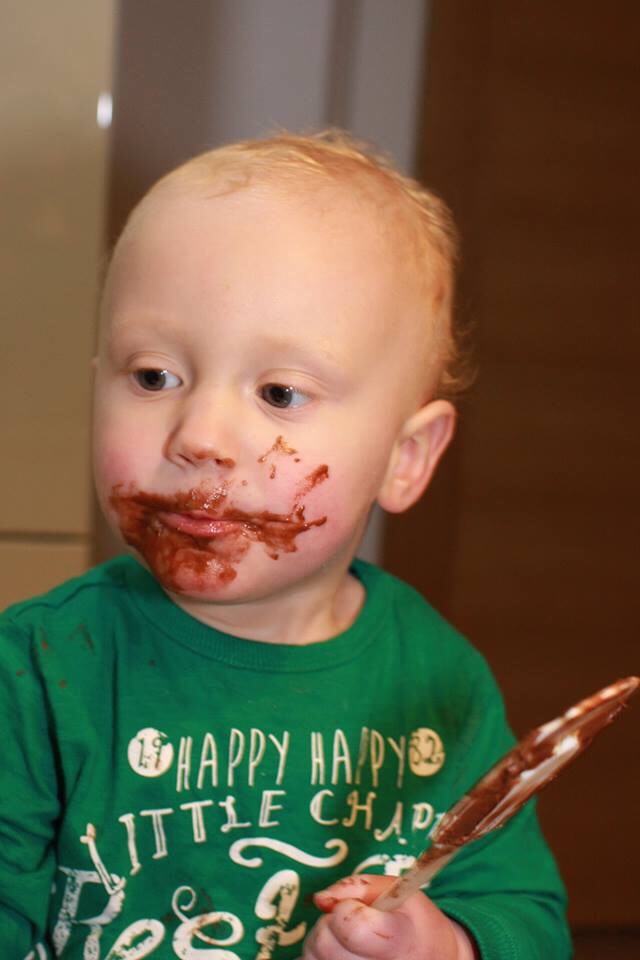 You were brought into this world by science! An embryo created in a laboratory and carefully transferred in to our care! I loved you from the very first second you pinged back in; a tiny flash of fluid on a grainy black and white scan screen that signified hope after 3 long years of crushing disappointment!

You made an entrance into this world on a beautifully sunny Thursday morning in March; 10:27 am after keeping us up all night! My longest labour (5 times the length of your brother and 10 times the length of Esme ‘the bullet’!) but one that I still remember with fondness! You entered the world with a splash in an inflatable paddling pool in the kitchen of our old house. I remember holding you and squeezing you so tightly and repeatedly asking if you were OK as you were that murky grey colour that newborns are (natures attempt to joke and horrify new parents perhaps?!) Daddy was trying to have a look ‘down there’ to see what flavour you were and I had genuinely forgotten that we needed to check! I just remember being so relieved to finally be holding you (and that the labour was over!) that it seemed completely irrelevant!

Half an hour after your arrival into this world, you’d already met your grandparents and great-grandparents and aunts and uncles and your big cousin! Probably what set you up in life to be so sociable! You were not a content or settled baby and I was not a natural ‘earth-mother’! I once explained to someone that we’d spent so long trying to get pregnant that I’d almost forgotten the by-product was a baby at the end! I knew how to change nappies and how to hold a baby but that was about the extent of my knowledge!

I wrongly assumed that breastfeeding would be easy and had a hideous 4 weeks were only stubbornness and dogged determination made me persevere! I got full blown infected mastitis after a week and it hurt so much every time you latched on that I had to squeeze someone’s hand to stop myself from jumping up and dropping you! You were a big and hungry baby and you never seemed to settle. Your weight in the first 2 weeks went up and down and I didn’t seem to be doing a very good job of looking after you- I only had to feed you and I obviously wasn’t doing a great job of that! 40 minutes seemed to be your maximum sleep capacity and after a couple of weeks of living on Adrenalin I did start to wonder what the bloody hell we’d got ourselves into. After a few weeks we started to get into a rhythm of sorts- we came up with a plan to try to stop you grazing and having a bit of milk every few minutes and move onto feeding properly every 2-3 hours- The first evening we tried this was the longest 3 hours of our lives! We ended up driving to Nana’s for backup and took 5 minutes shifts at jiggling round a colicky bundle of grumpiness!

Having subsequently had Esme and Ted, I can really reflect how insecure I felt as a new mum first time round! I remember you crying when a neighbour was holding you and them handing you back to me and thinking ‘what makes you think I can stop that noise?!’ I felt like there was an important delivery note or manual missing that all the other mums in the weigh in clinic or the children’s Center seemed to have been given that I hadn’t! Their babies seemed calm and happy! They looked like they had slept in the last 3 weeks! They seemed to be able to soothe their baby of grumps if they started squawking! I couldn’t decide if it was hard work or if we were making it harder than it needed to be! One day you cried and when I picked you up, you stopped! That day was the first in about 5 weeks were I had a faint glimmer of hope that we might be ok after all! I’d say I felt more confident after about 3 months but it was blooming hard work!

After a tricky start, we started to find our rhythm and you became a much happier bundle of chubbiness! You were a bonkers toddler… you had the most absurd amount of energy- you would bustle around the place like the Duracell Bunny; Keeping up with you was exhausting! You had a pale complexion which was permanently peppered with grey and black bruises- you ran around everywhere at a million miles an hour and would routinely run into door frames and fall over and bump stuff! When you were 15 months old and I was very pregnant with Esme, your hand slipped out of mine at the top of the stairs and you bounced all the way down- I chased after you in vain and it was the most stressful 3 seconds of my life! You were fine… I was still shaking 4 hours later.

You were enormous; you tracked the 99th centile and dwarfed our friends babies of a similar age! You were a nightmare to take to baby or toddler groups- you were boisterous and would knock others over and I would run around after you explaining to everyone that you honestly were not a naughty 3 year old, just a really big 14 month old with a capacity to take kids out with your brute strength!

Speech did not come easily to you and at 2 it was clear that things were unclear. We were fobbed off at various points but I knew that things weren’t quite right and that it was making you feel sad and isolated and scared. I spoke fluent ‘George’ and others in your inner circle could get by but you didn’t really talk at nursery or to people you didn’t know and you lacked confidence in any social setting beyond ‘us’. It always felt like you were a boy with 2 halves- the bonkers, boisterous bundle of energy that we had at home and then the shy, unconfident, unsure-of himself little man elsewhere. It broke my heart to see you struggle to integrate with friends at nursery or to join in at parties or to cling to me if we went anywhere new. Every time I had to translate for you after a stranger spoke to you and couldn’t decipher your response made me want to hug you protect you from that feeling of isolation. At almost 4 you finally got some speech therapy and the basic sounds that were unclear suddenly clicked! It was the start of your rise in confidence and you never looked back! From that point onwards the 2 versions of yourself melted into one and you are a proper little social butterfly. I sometimes find this change hard; I forget how far you’ve come and expect you to be worried about events that you totally take in your stride! I’m used to having to iron out your anxieties before going somewhere without us or trying something new or having to talk to people you don’t know- you don’t need me to do that anymore and I’m so proud of how confident in yourself you are!

You love school and shocked me with how easily you took to it; I wasn’t sure you were ready for learning, to sit still and focus and listen! I was entirely wrong and you are a super-absorbent sponge, with a thirst for knowledge and a desire to learn! You are a good all rounder but have an aptitude for maths and science; I suspect you will be quite gifted in maths and may end up in a career or job that is led by this (although you are currently adamant that you want to be a footballer and a snow shoveler in the winter!) You spot patterns with ease and have an amazing memory. You like to draw and paint but you are happier ‘making’. From being tiny, your favourite thing to do was to snuggle with books- as a toddler it felt like it was the only time you were still!You currently love lego and I’m sad that you no longer need my help when you open your new kits- I’m now relegated to sifting through the bags to find the parts and have to hand them to you to assemble! You have always been very outdoorsy and spend as much time as you can on your scooter, bombing around on the front or playing football with anyone you can persuade to go outside. You are flying through your swimming lessons and seem to have daddy’s genes when it comes to sport and athleticism- good job really!

You are everyone’s friend. You make people laugh and consider yourself the ‘class clown’. You can fall over your own shadow and continue to be exceptionally clumsy! You went to school as Mr Bump on this years World Book Day- a role you’ve spent the last 6 years preparing for! I am not with you all the time but I think you are kind… you understand when people are sad or feel left out and try to help them or cheer them up.

You became a big brother at 18 months and 3 weeks- you were still a baby yourself! You have a love/hate relationship with your sister- the two of you fight like cat and dog but you fundamentally love each other! When you get on you are the best of friends- playing so nicely and cooperatively! This tends to be when you are conspiring against me and doing something I disapprove of! You love your baby brother to bits- you do not ‘smother’ him like Esme- you are his cool big brother who wrestles with him and chases him and makes him laugh till he can’t catch his breath! He misses you so much when you go to school and his little face when he sees you at pick up time is a delight! I love watching you all interact and can’t wait to see your relationship grow and mature as you get older.

My darling you are beautiful- in body and in spirit! You are kind hearted and inquisitive and funny! You are a friend to all and seem so grown up all of a sudden! You are wise beyond your years and you make me proud every single day! Love you all the world and a little bit more than a million dollars Georgy Porgy!

One thought on “By George!”