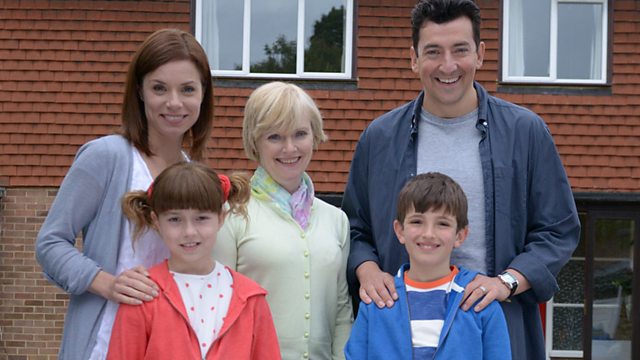 A few weeks ago we changed internet providers and this meant a temporary lack of connectivity to the outside world… luckily we had a freeview box so still got some basic channels which, thank the lord, gave us access to CBeebies but the kids couldn’t get their heads around the fact that I couldn’t just start a program from the beginning or find another episode because they didn’t want to watch the one they were on. The prospect of having to watch whatever was on one channel at that specific time was a completely alien concept to them. When I explained that when we were kids we only had kids TV programs between 3 and 5 pm… Blew. Their. Minds! They have access to so much now, Netflix, Iplayer, hundreds of channels specifically for kids TV… the list is endless. But in order to fill these channels they have to make programs, some of which have highly questionable merits, plot lines or characters! Below are a sample of programs which annoy me the most or raise serious questions!

This is top of my hit list! For those of you who have been fortunate enough to miss it, it’s a live action drama filmed by the BBC based on the books we had as kids. The episodes are based on the wholesome japes and hi-jinx that the loveable young twins get up to! They have a couple of friends their own age, all of whom they seem to feel the need to refer to by their full name e.g. Tony Welsh (worst child actor in the world!) but mainly seem to have made friends with a selection of local geriatrics. No one seems to think this is in any way odd and these friendships appear to be encouraged by their parents Joy and Brian.

Joy and bloody Brian! Joy has to be on some form of clinical, chemical happy pills… there is no way on earth that any woman in her right mind can be that happy and content as the mother of twins who are, quite frankly, bloody annoying! In one episode Tim is a little sod and basically throws a box of cupcakes that must have cost a good £40 on the floor- Joy suggests we all just take a deep breath and move on! 40 chuffing quids worth of cupcakes are smeared all over your driveway Joy… no one would blame you if you lost your shit!!! In one episode she picks them up from school and offers them a homemade dried apple ring as a delicious and nutritious after school snack… FFS Joy, give them a Freddo frog and a fruit shoot and get over yourself!! She is the epitome of ‘yummy mummy’ and she makes me want to throw things at the TV!!

To be fair to Joy though, she does have Brian to contend with! Less ‘husband and wife’ and more ‘monumental bell-end and his carer’! He’s basically like having another annoying child in the house- leaving his stinky PE kit down the back of the sofa, playing stupid boisterous games and making a mess! He’s also a complete mummy’s boy! Grandma appears in multiple episodes, barely containing her thinly veiled hatred towards pill popping Joy, clearly wishing her precious boy Brian had married that Tina he’d been seeing before he met this smiling junkie maniac! Grandma also has a flea ridden, scruffy dog called Mossy who the producers killed off in a shocking turn of events! In our house this led to a number of awkward conversations about what death is, who we knew that would die next and a (wholly incorrect) presumption that when our old dog Stan croaks it, he’ll be instantly replaced by a fluffy puppy! Thanks for that!

Fast forward 15 years and I predict the following… Joy and Brian will be divorced. Brian will have had a mid life crisis and will now be driving a second hand porsche, have hair implants and be knocking off Danielle the baby sitter! Joy will be partnered with Tony Welshs dad, who I suspect she’s been having it off with behind old gormless Bri’s back for a good few years! That episode when Topsy has chicken pox and no one can reach her?? Bonking in a travel lodge in Luton with old Pervy Paul and his dodgy camera! Tim is in a young offenders institute because, having never been given any boundaries, he went on a murderous rampage using a Tupperware dish full of homemade organic hummus with cucumber crudités to bludgeon people to death with! Topsy, after missing a grown up father figure during her formative years, has set up home with 97 year old Mr Rosen and is expecting twins any day!

The only reason to encourage your children to watch this program is Carson the fire fighter!

We’ve gone off this recently but it always left me asking many questions… In these times of austerity, how does Ponty pandy with a population of 6 people sustain 4 full time fire fighters!? The people working at the station literally make up 40% of the town’s population- surely there are cost savings that could be made?? I certainty struggle to see how they warrant their own helicopter and lifeboat station!!

Why is Norman Price a) not in prison b) not under the care of social services?? The boy is a menace!!! Remove him from the town and you would instantly be able to cut the number of incidents by 99%! I can’t help but wonder whether old Sam keeps letting him off with a stern finger wag in order to sustain his own job knowing full well that he exhibits all the behaviours of a classic repeat offender! Also, where is Normans dad? And has anyone else noticed that Sam is the only other ginger in the village?? Conincidence??? I think not!

How did Elvis pass the entry test? Why is Station Officer Steel in charge when clearly Sam would do a much better job? Why does Sam wear his uniform on his day off?? The list goes on and on!

I appreciate that it’s difficult to manage someone out of public services when they have as many years under their belt as old Pat. However that man should not be on the front line of parcel delivery! He’s an incompetent buffoon… Even the simplest of deliveries go awry! Get him a job in the back office putting the Aldi brochures inside the Dominos pizza coupon booklets or stapling stuff together! Even he should be able to manage that!

A town in which a young boy and his team of fearless pups ‘save the day’! But where does Ryder get all his money from? Why are all the adults in town useless? And who the hell voted for the handbag chicken carrying Mayor Goodway??? She makes Trump look like a sane choice! Also, if I was Zuma or Rocky’s agent I’d be pushing for better story lines… stop favouring know it all Chase dam it!

And George pig… why the hell has no one referred him to the speech and language service?? The boy must be 16 by now and can still only say the word ‘dine-saw!’ For the love of god George! Shut up! Or learn a new word at the very least!!

Also, what strange micro climate is Peppa Pig filmed in where pigs, sheep and rabbits live alongside elephants, zebras and gazelles!?

So many programs, so many rants! I could write a very, very long one on the whole Mr Tumble/Justin’s house Dynasty but I’m fairly sure it would be libellous and get me sued so I’ll leave it there!